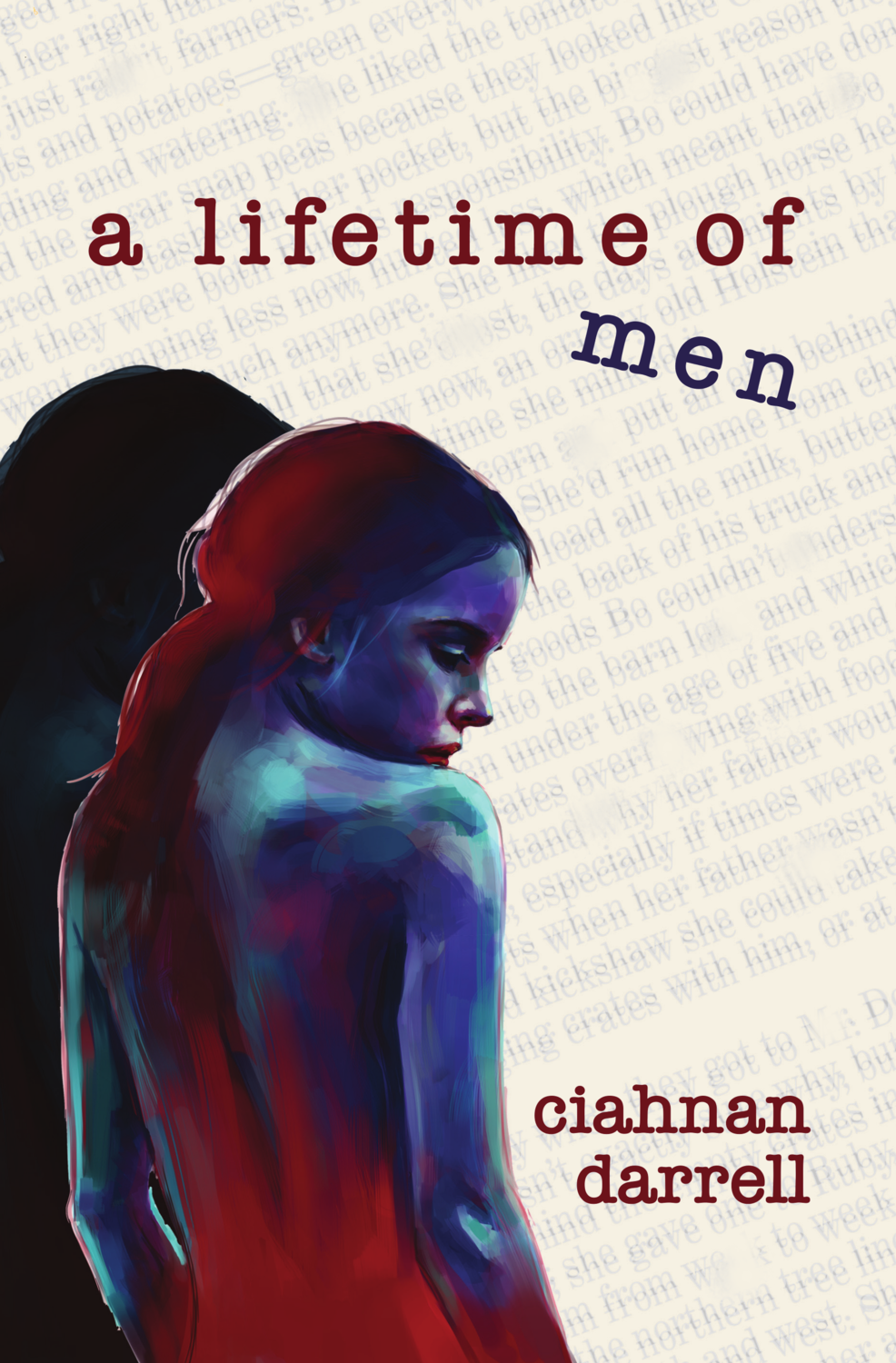 A Lifetime of Men, by Ciahnan Darrell

Tolan has always let her mother have one secret—how she got that scar on her face—playing along with her mother’s game of inventing outlandish tales to explain the wound away. But when she finds a manuscript on her mother’s computer that promises to reveal the true story, Tolan only hesitates for a moment before curiosity compels her to read on.

She’s hoping for answers, but instead, she finds more mysteries tucked away in her mother’s past. Her mother appears to be associated with Bo, a feisty photojournalist who flies to Cuba in
pursuit of a story and becomes embedded with Castro’s rebels, but Tolan can’t quite work out their connection. She’s more clear about the relationship between her mother and Michael, a man twelve years her senior. They bond over their shared outcast status, and their friendship quickly becomes intimate, but the relationship antagonizes the self-appointed moral watchdogs in their small town, who start to convert their threats into action.

Tolan is pretty sure that Michael is her father. Her mother told her he died years ago, but the book suggests their story had a different ending. Almost overnight, everything Tolan thought she knew about herself and her family has changed. She wants answers, but to find them, she risks destroying her closest relationships.

PRAISE FOR A LIFETIME OF MEN

Tenderly
and elegantly written, Ciahnan Darrell’s debut novel, A Lifetime of
Men, deftly balances with equal scope and intensity life’s mundane
adventures, its deep-ripping traumas, and the cataclysmic political
contexts within which they take place. Readers of Darrell’s
beautifully sparse prose inhabit the overlapping dramas and traumas
of three generations of small-town Maine women. The “lifetime of
men” they endure, the social impediments with which they collide,
the rebellions they wage, their successes and failures, stand on
equal footing with the audacious intrigue and brutal violence of the
Cuban Revolution and the US government’s internment of Japanese
Americans. This satisfyingly humane novel of intimacy in its public
and private spheres is ultimately about stories: those we tell
ourselves and those we tell others, those we discover and those we
suffer, those we survive and those that survive us, even those we
unwittingly harbor within ourselves, and how we persevere through and
sometimes in spite of them.

A Lifetime of Men introduces a major new talent in American
fiction. Ciahnan Darrell offers a deeply moving story you won’t
want to put down.

This riveting novel interweaves the lives of three women
across generations. Ciahnan Darrell masterfully layers monumental
historical events with the delicate beauty of quotidian life. The
novel explores the many kinds of love, capturing the wonderment of a
new relationship as friends become lovers, the complexities of
forbidden love provoking moral outrage from the community, and a
lifelong friendship teetering on the brink of something more.

A Lifetime of Men explores how women challenge the
societal expectations limiting them to the home, introducing the
unforgettable protagonist Bo. From her humble roots in Maine, where
she tramps the forest as a girl to hunt with her bow, to her dazzling
success as a photo-journalist, as she captures the atrocities of the
Cuban revolution and the internment camps of Japanese Americans
during World War II, Bo pushes the boundaries of what women can
accomplish in the twentieth century.

A skillful storyteller, Darrell presents a beautifully
written tale that challenges readers to honor the women in their own
lives by asking for their stories. His novel reminds us that even the
mundane moments of daily life reveal the strength and determination
of American women. --Robin E. Field, Professor, King’s College, Pennsylvania, Author of Writing the Survivor: The
Rape Novel in Late Twentieth-Century American Fiction