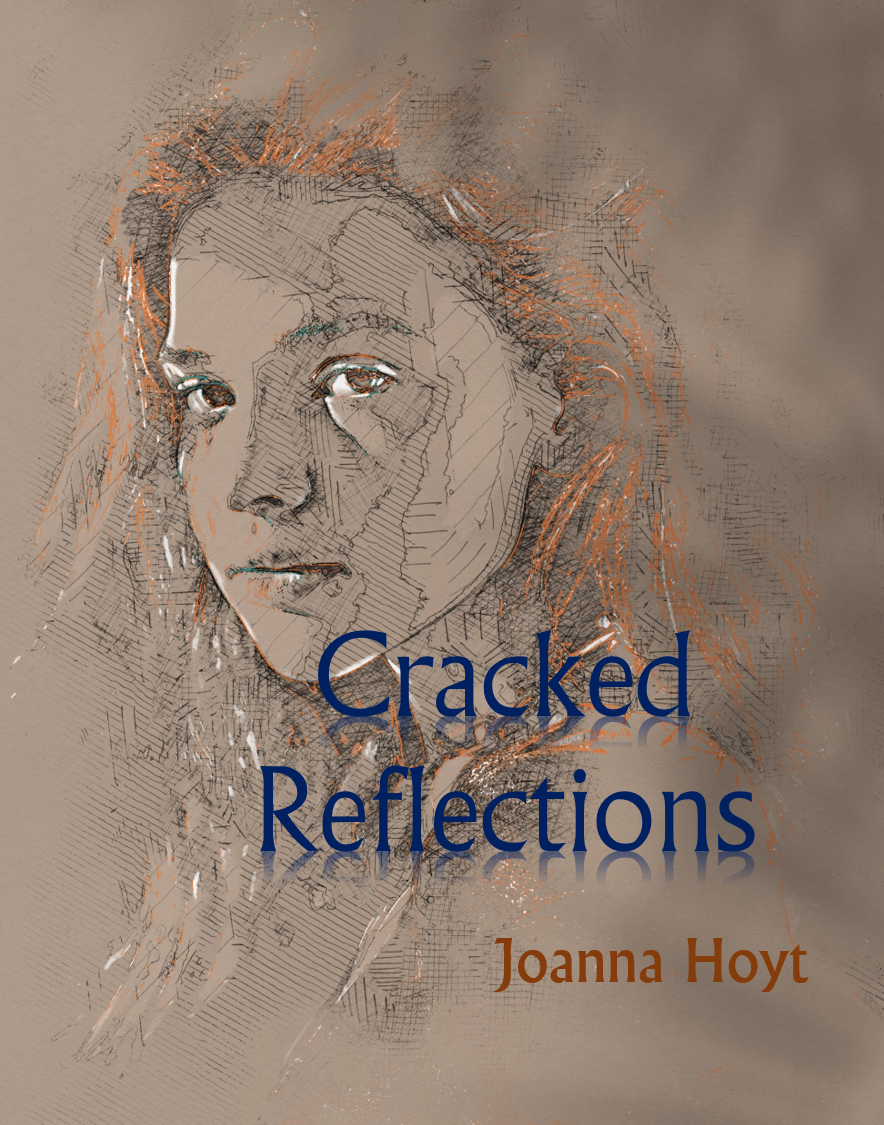 The literary historical novel Cracked Reflections is set in an imaginary Massachusetts mill town during the real textile strikes of 1912, known as the Bread and Roses labor movement. This tale is particularly relevant in a time of conflicting news stories, high political passions, and concern about immigration—but such times have recurred over and over in our history.

Twelve-year-old Kassandra Leonhart has always been caught in the middle—between the longtime Americans and the new immigrants like her father; between her classmates who don’t have to work at all and her agemates who have already declared themselves fourteen and started working in the mills full-time; between the sane people who agree about what’s real and her geisteskrank grandmother who sees demons when nobody else does. Kass sometimes sees the spectre she calls the “beast-man” with his fine suit and empty eyes, she hears his terrible warnings, but she knows she’s only seeing him behind her eyes and she doesn’t believe his words, mostly, so isn’t she sane? Mostly?

Since her pastor says perfect love drives out all fear, Kass tries to love her classmates (which means trying to stick up for the ones who get laughed at for their accents and their clothes, and not hating the ones who get three real meals a day) and the diners at the restaurant where she works after school (which means trying to calm the crazy ones who remind her of herself). Then another child is maimed by the machines at the woolen mill. The tragedy ripples through the community as workers walk out and police try to stop the demonstrations. Kass’s friend Adone joins the strike while their friend Sergeant McCleary joins the crackdown. The police look at the strikers and see foreign terrorists. The strikers look at the police and see hireling thugs. They attack each other in fear.

Kass thinks they’ve all been listening to the beast-man, and they’re not used to dealing with him the way she is. That means she’d better do something about him. Kass tries to fight the beast-man with words. After her composition on peace sparks a fight at school and her conversation with a reporter seems linked to her father losing his job, she tries to keep her mouth shut and stay out of trouble... until she sees Adone swept up in a melée and runs to help her. When conflicting reports about that clash lead to arrests and beatings, Kass testifies in court, writes to the newspapers and intervenes in brawls, trying to protect the ones she loves. Maybe if she can stop the beast-man taking over her town she can also stop him taking over her mind.

Geared toward teen/YA readers, Cracked Reflections has something of the nuanced historical rendering of Sally Gunning’s The Rebellion of Jane Clarke, something of the quiet exploration of mysticism and mental health of Elizabeth Goudge’s The Scent of Water, and in the way of E. L. Doctorow’s Ragtime, skillfully weaves history with the imaginary, and transports readers to a time when the line between the laboring and privileged classes was stark and wide.

Kass is afraid and her love is tangled and confused, but she is learning to live with fear and keep on loving.