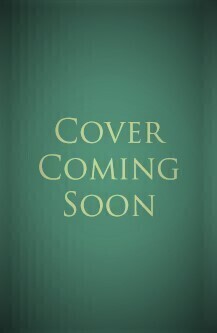 It is 1969, a pivotal time for both the newspaper industry and the country. Young sportswriter Eb McCourry is suddenly thrust into a life-changing situation with the crash of an airliner at the Asheville-Hendersonville Airport. He is one of a van full of newspaper reporters sent to the crash site to cover it in detail and he writes a jaw-dropping story, impressing the executives and his colleagues.

He is suddenly bitten by the news bug, and he pursues his new goal with single-minded zeal. Eb is moved to a new features department his newspaper is creating—at his suggestion—and he blossoms with story after story, covering the essence of life in Western North Carolina. He works closely with Ella Sikorski, a deaf reporter recruited out of Gallaudet College in D.C., in the paper’s new effort to diversify the newsroom and together, they form a powerful team, even though they are young and inexperienced.

Their coverage ranges from the airplane crash and its shocking aftermath, the looming abortion vote and its local effects, domestic violence, a local drug cartel, race riots, integration, young men’s addiction to industrial softball, as well as small-town automobile racing that is as much fight as drive. Eb pushes his way into coverage of a double murder case in rural Madison County, where two VISTA workers are strangled with piano wire and their car set afire.

“NEWS!” is filled with a vivid cast of characters—strong women among them—delivering the news to a mid-sized Southern city’s audience that depends on its daily newspaper. The reporters’ work ranges from the gruesome to the political to the light as they lead their paper into the 1970s and a changing landscape for their work and their daily lives.

Based on real events and real people, “NEWS!” is a story as fresh as today’s headlines in diminishing newspapers and as historic as the first draft of history allows.

Dan Smith is a veteran journalist, author, photographer and a member of the Virginia Communications Hall of Fame. "NEWS!" is his eighth book, second novel.

He has won state, national and international awards for his work over the years and in 2010 was named the Virginia Business Journalist of the Year. He has won a raft of press association awards and won the first Arts Council of the Blue Ridge Literary Award and twice has won the prestigious Perry F. Kendig Award for excellence in the arts (winning the first award given a writer).

In a crazy-assed mountain town where they still speak Elizabethan English, a bored sports reporter takes on the story of a double homicide against a backdrop of corruption, jealousy and newsroom politics.[Dan Smith has] a warm, decent writing style. No rhetorical tricks or sophistry. Just a good human story. Told with sympathy and insight.

“Dan Smith is a masterful story-teller who has the ink of an old-school newsman pumping in his veins. "News" rings with all the authenticity of a return bell on a manual typewriter.”

This speeds along and rumbles like the rolls of newsprint zipping through a Heidelberg printing press. I was caught up in the sport and details of chasing great news stories around Asheville in 1969. The time and place are nicely evoked. I know, because it’s not far from the city rooms that taught me journalism in Raleigh after I came fresh out of college in 1974.

WOW! It's been a good, long time since I have begun a book, and refused to stop reading it until I finished. I am being neither kind nor effusive when I say this is GOOD -- as in John Grisham kind of good.

I love News! You have drawn vivid word pictures and made me care within a couple pages. Terrific!"